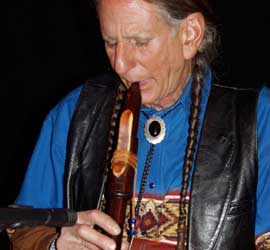 David Nighteagle is a flute player and storyteller extraordinaire. David combines his Lakota knowledge of flute making, playing, and stories to engage audiences. With more than twenty years of experience ... 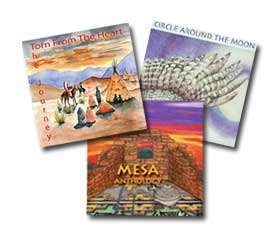 Relive your memories of Mesa Verde in sound, listen to a musical telling of Native peoples’ struggle from first contact to present reservation life and the constant belief in a better future. 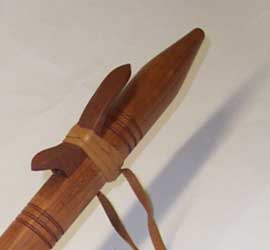 David Nighteagle began making flutes under the tutorship of his grandfather on the Pine Ridge reservation. Twenty years ago, he founded Nighteagle Flute Company, dedicated to the historic importance and ...

The end blown flute is a very primitive instrument. Evidence indicates they have been in use around 6,000 years. According to legend, the American Indian flute was referred to as a courting flute as men would make one when they fell in love. Its original use was as a courting instrument. Young men would play it within earshot of the woman they loved but out of her visual sight. Eventually, he would allow the woman to see him playing. If the woman was moved by this or otherwise liked the man, she would let him know.

One of the oldest Native American Legends is of KOKOPELLI, the hump-backed flute player. This legend appears throughout the Americas. His music brought fertility and abundance to the people. Kokopelli played his magic flute to remind us that love is magic.